Forest Scientist Sonia is torn from her ivory tower and thrown between the cross fires of an international mafia gang and multinational energy enterprises as she secretly conducts research in a restricted area in the Canadian wilderness. Side by side with two disgraced police officers, she unravels a worldwide conspiracy. However, Sonia’s curiosity comes at a price. She loses everything and has to decide whether to run and hide, or to get even with her seemingly invincible opponents.
The action-packed story leads from a sterile laboratory world into the pristine wilderness of North American forests, continues through the urban jungle of Berlin and finally winds up deep below-ground. Hardship, painful losses and infinite loneliness turn Sonia into a kick-ass avenger who fights her way back from Europe to North America to find the last piece of the missing puzzle.
This unusual action-adventure with an eco-twist is a collaboration of four talented directors from Canada and Germany, who have created an extraordinary entertaining mix of mainstream Hollywood- and Arthousepiece. 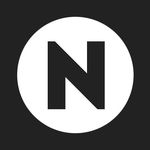